In this post of Poolyab cryptocurrency magazine, we intend to explore the applications of blockchain to future businesses. Many of you may be familiar with the concept of blockchain. Klaus Schwab, founder, and CEO of The World Economic Forum describes the technology in a section of his book, The Fourth Industrial Revolution: “Blockchain is essentially a common, programmable, secure, and therefore reliable platform that is not controlled by anyone and can be accessed by anyone.” This technology has been used in the cryptocurrency market for more than ten years. Many believe that the purpose of creating blockchain technology was primarily cryptocurrencies, especially Bitcoin. But over time and how it works, its use in other industries and occupations has also been considered. Blockchain features include higher security, transparency, untraceability, high speed, optimization, scalability, and cost-effectiveness, which can also make a fundamental difference in our business and lives.

Why do we need blockchain solutions in business?

In recent years, many companies have begun to use blockchain technology and other digital assets for investment, operational, or trading purposes. By the end of 2020, more than 2,300 companies and institutions in the United States had accepted bitcoin as a currency and method of payment, according to a report from the prestigious Fundera site in late 2020; This has faced them with challenges and, of course, opportunities. Every new technology that is invented brings with it a wave of ambiguity. This new technology also has unknown risks, but it can also have strong motivating factors. Therefore, any company or organization that uses Bitcoin or other cryptocurrencies should consider two important components: The first is to have a clear understanding of why Bitcoin is accepted, and the second is to make a list of all the questions they have about using blockchain solutions and try to answer them. Although many organizations may not need blockchain solutions, this technology is a transformative factor for organizations that use its solutions. Here are six key areas in which the blockchain is helping organizations solve problems.

1- The need for efficient data processing

2- The need for reliable transactions and secure business networks

As the development of the Internet led to the digitization of information and exchanges in this field; Blockchain technology was also initially developed to digitize the trust-building process and agreements. The unique design of blockchain technology assures us that transaction records will be immutable and that all participants in the network can trust them.

3- The need to produce, export, and manage digital assets

One of the most interesting commercial applications of blockchain technology is the digitization of goods and assets. The blockchain capabilities of blockchain networks, such as Ethereum, enable participants to generate, export, or manage digital assets.

Some companies and organizations have employees from all over the world and face problems in paying their salaries, such as converting currencies into each other. Using a blockchain-based cryptocurrency process, such transactions can be made with little or no commission.

One of the most common methods we encounter in the modern business world is that companies provide part of their dividends to their employees. In this regard, due to the significant growth of blockchain-based cryptocurrencies in the last decade, these cryptocurrencies can be used to pay dividends to employees, which is considered a very new method.

6- Customers prefer to make their payment this way

Although digital currencies have not yet been able to replace the traditional currencies of any country (such as the US dollar, the Russian ruble, etc.), the number of customers who want to pay for their goods or services in this way is increasing day by day and many businesses. They tend to use these currencies for their transactions.

Examples of the use of cryptocurrencies based on the blockchain network

– Elon Musk, founder of Tesla Automotive, recently announced that its customers could now pay for bitcoins instead of regular currencies.

– Two of the largest online payment platforms in the world called “Visa” and “Mastercard” have also started using this technology. Visa has made it possible to trade on the Ethereum blockchain platform, and MasterCard has announced that its customers will be able to trade through cryptocurrencies in 2021.

Other uses of blockchain

As mentioned earlier in the invention of blockchain technology, it was thought that this technology could only be used in the field of digital currencies. However, with the passage of time and the identification of its efficiency and advantages, this technology has recently been used in other fields, some of which we will discuss in the continuation of this discussion.

Polls: Because blockchain provides a very secure platform, it can be used for voting and polls, as it will not be possible to manipulate, alter or tamper with the data.

Supply Chain Management: One of the advantages of blockchain is its cost-effectiveness and traceability, which is why it can be used in the supply chain and the origin of goods, their transfer, number, and…

Food industry: One of the concerns of the society in the field of the food industry is the possibility of fraud and low quality of products, in which case blockchain helps to improve the transparency of the food supply chain and prevent food fraud.

Education: Educational institutions, universities, and schools can use blockchain to store data related to assessment tests, registration, and presentation of diplomas and certificates, student transfer approval, as well as the exchange of science and technology.

Accounting: One of the best applications of blockchain is in this area. Transactions recorded through blockchain effectively eliminate human error and protect information from tampering.

Energy Distribution Network: The significant advancement of renewable energy sources, such as solar energy or even the development of batteries, has led to the emergence of small local distribution networks. This will save energy and prevent it from being wasted. In addition, through blockchain technology, people will be able to easily generate, trade, store, and sell energy.

Medicine: In the medical ward, where patients ‘records are sometimes manipulated, doctors and hospital managers can use this technology to store records of patients’ records with high security and, if necessary, provide them to other hospitals, medical centers, and even judicial authorities. Give.

Data storage: Dropbox or Gdrive is currently used to store files. The main problem with using these service providers is that they must be trusted and governments can force them to disclose your information. But with blockchain technology, your information is stored on a variety of computers on the network with unique encryption.

Registration of documents: Today, most property records are stored on paper and it is possible to manipulate these records. But because the technology uses computers, human error is reduced.

Internet of Things: According to Cisco, one of the largest and most well-known companies in the field of networking and communication equipment in the world, 50 billion devices will be connected to the Internet by 2020. With so many connected devices sending out sending, receiving, and processing commands, such as turning on, dialing, and moving, ensuring data is accurate along the way can lead to unpredictable costs. In this context, blockchain can be used to track billions of connected devices, process transactions, and enable coordination between devices.

Fundraising: The best use of blockchain is in this area; Because it has created a new revolution in the concept of fundraising. ICO is a new way to raise and raise capital, and when someone invests in your company, ICO offers digital assets and you can use tokens to reach your customer and these tokens will be stored in a blockchain wallet.

Music: In the last two decades, due to plagiarism and lack of control over them, we have not seen growth and development in the music industry. But Blockchain puts an end to these problems and gives ownership to the music maker, which in part, prevents plagiarism.

Cyber Security: No platform or information is 100% secure. But blockchain can enhance cybersecurity by providing decentralized storage solutions.

Computer Games: Blockchain can help the gaming industry as a whole and provide a new way to entertain gamers around the world. One of the applications of blockchain in the field of games is digital assets. Some gamers retain this set of assets and others sell them at a reasonable profit. New topics such as gamefi have also emerged with the combination of computer games with blockchain.

In general, since blockchain is a secure and untraceable platform, it has attracted the attention of the general public as well as industries and organizations, and due to its characteristics, a wide range of applications can be considered for it. We have to see how long and to what extent the scope of application of this new technology will be wider?

Fri Mar 18 , 2022
Zuckerberg: NFTs will be added to Instagram soon Mark Zuckerberg, the former CEO of Meta or Facebook, said the development team is working to bring NFTs to Instagram soon. He said he hopes Instagram users will be able to create their unique tokens in the next few months. According to […] 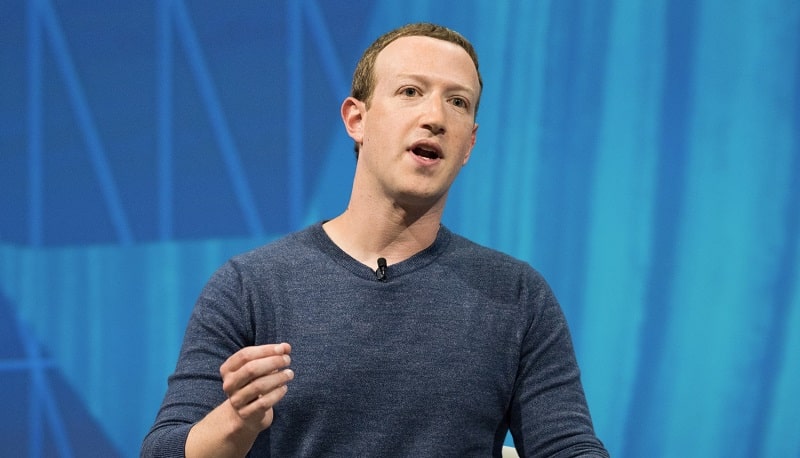