Tether, abbreviated USDT, is a cryptocurrency that, at a fixed price, protects you from severe market fluctuations and allows you to transfer your dollars digitally.

If you’re looking for investing or trading cryptocurrencies, you’ve probably heard of Tether. In this article of Poolyab cryptocurrency magazine, we will answer the questions of what Tether is, how it works and why its price is always constant. In this article, you will also get acquainted with the best wallets of this digital currency and how to buy it. Stay tuned with Poolyab magazine.

Tether, abbreviated USDT, is a cryptocurrency whose price is always fixed. The value of each Tether unit is always equal to 1 United States Dollar.

You can easily save Tether in digital wallets on your mobile or computer or wallets in exchange offices. Sending and receiving Teters is as simple and fast as sending an email. These features have made this cryptocurrency very popular with traders.

IFinex is the owner of Tether and the operator of the Bitfinex cryptocurrency exchange. Tether was first officially launched in 2014 under the name “Realcoin” and was renamed shortly after. In 2019, the company launched another stable cryptocurrency called Tether Gold, which is backed by gold.

How does Tether work and why is its price always constant?

For every Tether unit produced, $1 is held in bank reserves, which act as the backbone of this cryptocurrency. That is, if 4,000,000 USDT units are put on the market, $4,000,000 must be kept in the bank’s coffers so that the price always stays at $1. Of course, there are doubts about this issue in the cryptocurrency community, and some accuse this cryptocurrency of not having enough support. Thus, unlike most cryptocurrencies, the supply of Tether is not limited, but new USDT units are produced and supplied according to market demand.

The USDT cryptocurrency was initially distributed on the Omni layer, a platform on the Bitcoin blockchain, but is now available on blockchains such as Ethereum, Bitcoin Cash, Tron, and Algorand. This means that Tether is very easy to access and can be stored in the official wallets of Ethereum, Bitcoin Cash, Tron, and Algorand.

Tether units are produced by IFinex Company according to the needs of the market and in different time periods and are imported to Bitfinx exchange office and then from there to other exchange offices by traders. Thus, although USDT transactions are decentralized and take place on large blockchains, the distribution of its units is completely centralized and cannot be called a decentralized cryptocurrency.

By visiting block probe websites such as etherscan, you can see the number of available Tether units and the status of transactions and their addresses.

A list of international exchanges that support the USDT can be found at this link. You can easily buy this cryptocurrency from exchanges and transfer it to your wallet.

Tether (USDT) units are non-physical and digital, so they should be stored in digital wallets. Tether is one of the few cryptocurrencies that have very high availability and can be stored and transferred on dozens of wallets (software or hardware). USDT units can be stored in the official wallets of Ethereum (ERC-20 tokens), Omni, Bitcoin Cash, and Tron, but most exchanges sell ERC-20 tokens.

In addition to these wallets, you can use many other wallets, but before installing and using a wallet, make sure it’s valid.

Remember to make a backup of a cryptocurrency wallet before using it. Wallets usually show the user a set of 12 English words to back up in a safe place. In case of wallet deletion or any other problem, the user can recover his assets. If you do not back up your wallet, you will never be able to recover your assets by deleting your wallet, stealing, or damaging your device.

The reason for this is that the price of Tether is determined by the USDT / USD currency pair in various exchanges, including Bitfinx. For example, when traders are willing to pay their notebooks for less than a dollar and get the real Dollar faster instead, the price will be a little lower than a dollar. It can be said that the USDT price shows the confidence in this cryptocurrency against the real Dollar.

Where is the company’s income from?

To buy Tether from Bitfinex directly, users must deposit real dollars into bank accounts. On the other hand, Bitfinex is the main place where users can turn their Tethers into real dollars. To deposit and withdraw the real dollar in the Bitfinex Exchange must be $0.1 paid. Also, USDT withdrawing also requires paying fees. This is an income that the IFinex is accepted by the Bitfinex Exchange, not the Tether. Except for this, IFinex company receives a lot of bank profits by storing a large number of dollars in banks.

Tether is known as one of the mysterious actors in the cryptocurrency industry. Against articles have been claimed that this organization can affect Bitcoin price and the cryptocurrency market by manipulating supply. One of these articles claims that Tether has contributed to $20,000 in Bitcoin’s sharp growth in late 2017. According to the claim, the company has created USDT units without backing, bought by Bitcoin, and caused artificial Bitcoin prices.

In April 2019, the New York Attorney General’s Office accused Tether of withdrawing $850 million in compensation from the Tethers; A claim denied by Bitfinex. A little later, one of the IFinex lawyers officially admitted that only 74 percent of USDT units have the real dollar. When the news of the charges was released, users of this currency exchange valued worth at least $90 million from Bitfinex wallets. At the time of writing this, the Tether is still involved in fine and coarse charges.

On the other hand, in spite of the isolation and lack of transparency of the company’s activities, Tether has high confidence among great deals. According to the rigorous US and Hong Kong rules that the IFinex is required to comply with them, Tether traders are not very worried about their capital. USDt, which was at the beginning of the supply of cryptocurrencies market, with its stable activity over the past few years, is now among the top four cryptocurrencies in terms of market value.

Why is the price of Tether always fixed?
For every Tether unit produced, $1 is held in bank reserves, which act as the backbone of this cryptocurrency.

How do I buy Tether?
Just search for the word “buy Tether”. Other cryptocurrencies, such as Bitcoin, can also be converted to Tether on international websites such as Binance.

Tue Mar 29 , 2022
What is Bitcoin? Everything about Bitcoin It all started in 2008 with the publication of an article that introduced an electronic currency called Bitcoin. The anonymous identity of Satoshi Nakamoto was the initiator of a revolution that years later became the headline of the media, forcing economists to debate it […] 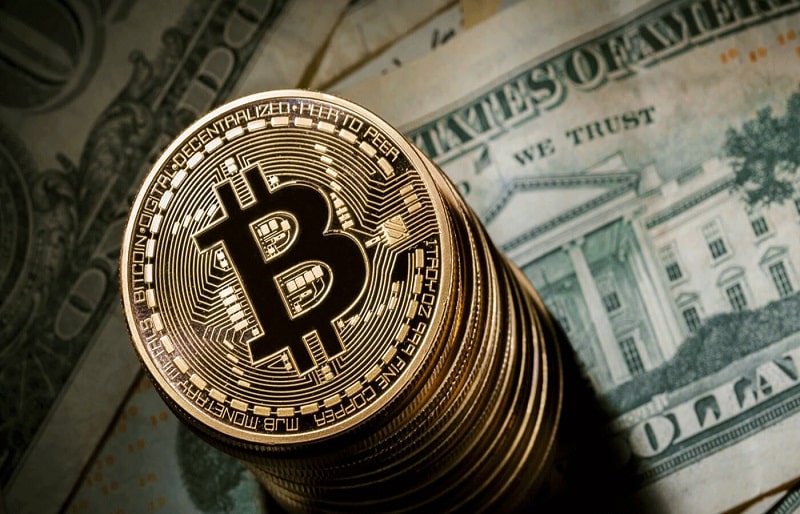