Litecoin, known as “digital silver”, is the oldest digital currency after Bitcoin and continues to be popular, and is known as one of the top 10 digital currencies on the market. This digital currency, like Bitcoin, uses a proving algorithm to verify transactions. In this way, people who want to participate in the creation of blocks and verify the transactions of this network, can join the group of miners of this network by providing special hardware. In this article, we want to teach you how to mine Litecoin, and also introduce the equipment needed to do so, and then review their profitability.

The main thing we need to mine Litecoin is the mining hardware (device) or miner. Today, due to the expansion of the mining industry, Bitcoin, Litecoin and other digital currencies can no longer be mined with ordinary and home computers as before. Therefore, the highest cost of participating in the mining activity is related to its hardware. After the mining machine, you need to have the right electricity for this. Mining activity consumes a lot of electricity and the cost and quality of electricity has a great impact on the profitability of this activity.

In addition to the miner and proper power supply, some of the other most important equipment and prerequisites for mining are:

Do not forget that the type and number of mining equipment can vary depending on the size of the activity. For example, it is obvious that we need more ancillary equipment for a large farm, but the above should be considered for each scale.

Theoretically, any computer hardware that can be processed can be used for mining, but in practice, the mining of this digital currency is only possible with special devices (ASICs).

From 2011, Litecoin was mined with a graphics card (GPU) for a long time, until in 2017, BitMain company introduced the Antminer L3 mining device, and then more powerful models were introduced to the market.

It is also very easy to set up ASIC devices, such as ADSL modem settings; For small scales, it is enough to power the device and after connecting to the modem, enter the information of the mining pool in the software of the device to start the mining activity. Due to the superiority of ASIC devices, mining with a graphics card soon became obsolete, and today only the use of ASIC devices is economically justified.

Mining devices are offered in different designs and models just like any other device, and each device may differ from the other in the following aspects:

Brand and model: The manufacturer of the device and its model. Example: Bitmain Antminer L3+ miner.
Company name: Bitmain
Series name: Antminer
Model: L3+
Hash Rate: The processing power of the mining device displayed for Litecoin in megahertz (Mh / S). Example: 600Mh / S, meaning the device has 600 MHz of processing power per second.
Power consumption: The amount of electricity consumed by the device in watts. Example: The power consumption of a mining device is 1400W.
Litecoin mining algorithm is called “Scrypt” and it means that for digital silver mining you have to provide a device that supports this algorithm. With the mining of Litecoin, these devices can be used to mining any other digital currency that uses a Scrypt algorithm. DigiByte and Verge are among the most popular digital currencies that have an algorithm similar to Litecoin and can be mined with one device.

Mining devices (ASICs) are used only for mining, and as more powerful devices enter the market – due to the difficulty of mining and the competitiveness of mining – older machines are gradually becoming obsolete and worthless.

In addition to the electricity itself, you also need the right cables and electrical equipment to mine and eliminate hazards such as device failure or fire. 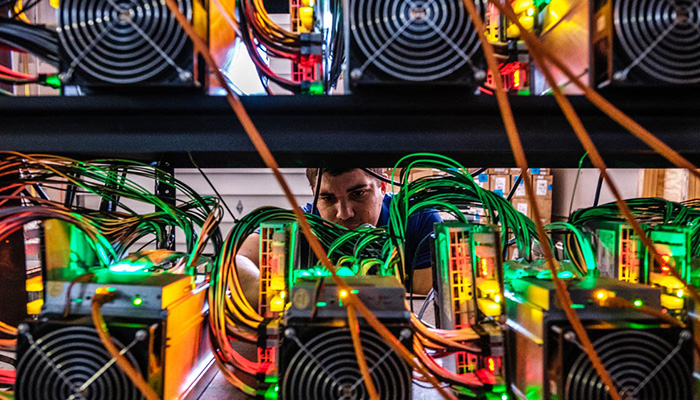 As a Litecoin miner, you need a Litecoin wallet to receive and save your income. Wallet software is completely free and can be easily installed on your computer or mobile phone. For starters, the Trust Wallet is one of the best options for storing Litecoins. You can install this wallet on your mobile phone through Google Play or the App Store.

You also need the Internet to mine. The speed and volume of the Internet does not matter much, but its stability and disconnection are important. ADSL and TD-LTE internet services are suitable for this purpose.

In addition to making a lot of noise, mining devices get very hot, and a solution must be found. It is very important to have cooling equipment to increase the life and efficiency of the device.

There is no economic justification for bitcoin mining, at least at the time of updating (December 99).

Of course, this can depend entirely on your thinking. If you are really a supporter of Litecoin and predict that this digital currency will be very valuable in the future, obviously mining Litecoin will be justified for you. Also, the profitability situation can change very quickly and may be very profitable at different times of Litecoin mining.

In 2017 and early 2018, mining Litecoin was very profitable, but after the Having event in 2019 (halving the mining bonus, which occurs every four years), this activity lost much of its profitability, and today, despite currencies such as Bitcoin and Ethereum, few people are willing to mine Litecoin.

The most powerful Litecoin mining machine at the time of this writing is the Innosilicon A6+ LTCMaster, which sells for $ 3,000 on foreign websites. The power of this device is 2.2Gh / s and its power consumption is 2100 watts.

The number of Litecoin mining devices on the market does not reach more than 10 models, while from the beginning of 2019 until the time of writing (mid-2020) no new machines have been introduced to the market.

On the other hand, new and more powerful devices have been introduced to Bitcoin over the years, and bitcoin mining is still much less risky than other digital currencies.

The best way to calculate mining profitability is to refer to a mining calculator. You can estimate your income by entering the processing power of the devices, the amount of electricity consumed and the cost of electricity in an mining calculator. Then, by calculating the amount of costs, such as the cost of purchasing equipment and devices, the return on investment can be estimated. You can always use a digital currency mining website calculator to calculate mining profitability.

Remember that the most important factor in assessing the profitability of an industrial activity is estimating the payback time. Return on investment refers to the period in which the initial costs of an investment are reimbursed, after which net profit can be experienced. For mining, the return on investment is the amount of time that the cost of the device, equipment, location, etc. Therefore, merely having an income cannot prove that an activity makes economic sense.

The question here may be that if mining Litecoin is not profitable, then how is the security of this network secured and its transactions verified? In response, it should be said that Litecoin mining is profitable for the companies producing the mining equipment.

In fact, it has been a long time since a new mining machine has been introduced to the market by major manufacturers of mining machines, and according to experts, it cannot be ruled out that behind the scenes, Litecoin mining can be done with machines that have not yet reached other miners. This has happened to Monero before, and when the developers implemented a major update to the network to combat ASICs, the network hash rate dropped dramatically, with no mining devices marketed for the digital currency. This showed that many mining devices were working behind the scenes.

Litecoin also has tough supporters who do not aim to profit from Litecoin mining.

After thorough research on the profitability of Litecoin mining and then the mining devices and accessories, you should join a mining pool to start mining.

With mining pools, miners will be able to dramatically increase their chances by consolidating processing power. The mining bonus will be divided among the pool members according to their processing power. Without joining the mining pool, the miners’ chances of creating a block will be very small, and only large mining farms with thousands of machines will be able to operate independently.

To start the mining work, you must select one of the Litecoin mining pools and go to its official website to get the settings needed to start your device. As we said, setting up a mining device is very simple and can be done with a few clicks.

At the time of writing, the best Litecoin mining pools in terms of number of miners and hash power are:

To mine Litecoin, like Bitcoin mining, you need mining hardware, or more precisely, a special mining device. Your mining machine must support the Litecoin algorithm, Scrypt, and for example, you can not do mine Litecoin with Bitcoin miner.

You must also have the proper electricity, electrical equipment and ventilation equipment to do this so that you can experience mining without legal risks and financial damage.

Before attempting to mine Litecoin, be sure to measure your profitability and return on investment and compare it with the profitability and return on investment of other digital currencies such as Bitcoin so that you can make a rational decision. Do not forget that mining, like any other industrial activity, is a kind of investment and involves many risks, so that sometimes it makes more sense to buy Litecoin and invest directly in this digital currency.

Sat Feb 20 , 2021
Ethereum Mining Tutorial Ethereum, known as the Queen of Digital Currencies, is the second most popular digital currency on the market with high hopes for its future. Due to the popularity of this network, many people have joined its miners, and this is one of the interesting features of open […] 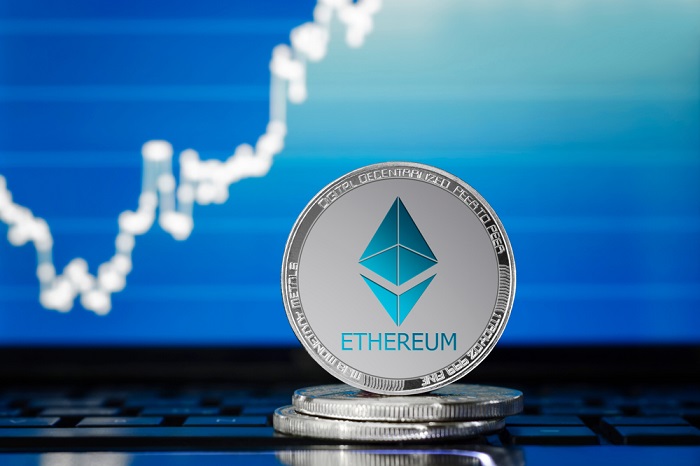