Reasons Why Bitcoin is Valuable

In the world of Bitcoin, some attacks and criticisms are constantly repeated. Opponents of Bitcoin, including political leaders, bankers, or economists, almost always use an outdated way of questioning the value of Bitcoin.

It should be noted that Bitcoin is an efficient way to transfer money over the Internet, which is controlled by a decentralized network and very clear rules. However, this digital currency is not accepted by all market participants, and many people question the value of Bitcoin. In this article, we will look at the reasons why this digital currency is so valuable.

Reasons why Bitcoin is so valuable as a digital currency

If you have been in the Bitcoin world for a long time, you have probably noticed that Bitcoin is often accused of facilitating illegal activities.

This is an issue that has been addressed many times. But politicians like to use this completely wrong attack. In fact, it has been proven that using the US dollar for illegal activities is much easier than using Bitcoin.

Other people believe that Bitcoin is harmful to the environment. Bitcoin needs a lot of power to work well. In fact, many studies have shown that this belief is completely false, and that bitcoin is good for the environment.

Most of the energy consumed by the Bitcoin blockchain network comes from renewable energy sources. Reusing this type of energy for bitcoin prevents energy wastage. Contrary to many people’s beliefs, energy consumption cannot be the Achilles heel of Bitcoin.

Some argue that Bitcoin has no intrinsic value. These people do not realize that the value of any digital currency, including Bitcoin, is entirely subjective. For those who are interested in this topic, it is recommended to read the Wikipedia article entitled “Mental Theory of Currency”.

“The value of a commodity is not determined by its inherent characteristics or the work done to produce that commodity. “Rather, its value is determined by the importance of the product in achieving the desired goals.”

As a result, it can be argued that the US dollar is valuable only because most people value it. This argument also applies to gold. This argument can also be applied to the Bitcoin currency.

Bitcoin users have been convinced by the financial revolution that shaped Bitcoin. They believe in a world in which everyone’s future is built on bitcoin. Here are six important reasons for the value of bitcoin.

6 important reasons for the value of bitcoin

Among the many reasons for the value of bitcoin, the following six are the most important. These reasons include:

1- The value of bitcoin is in its rarity

The key to maintaining the value of a digital currency, including bitcoin, is its supply and balance. Excessive inventory of a currency causes the price of goods to rise and, as a result, economic indicators to fall. A very small amount of money can also lead to economic problems. Moneymaking is an economic concept to show the role of money supply in the growth and health of the economy.

In the case of Fiat currencies (currencies that have no physical backing and are backed by exporting governments), governments around the world continue to print money as a means of controlling scarcity. Many governments work with a predetermined amount of inflation that lowers the value of the Fiat currency. In the United States, for example, the rate has remained stable at 2% over the years. This is different from Bitcoin, and bitcoin has a flexible release rate that changes over time.

Bitcoin is the hardest currency in the world. There will never be more than 21 million BTC in rotation. Bitcoin’s planned monetary policy is such that it prevents the inherent corruption of human beings. This is one of the most important benefits of bitcoin so that we can finally have good and reliable money.

2- The value of bitcoin is due to transparency

The transparency of the Bitcoin network contrasts with the ambiguity in the current banking system. No one knows what is going on in the heart of this system. However, many of the hidden problems in the banking system related to money laundering and manipulation are eliminated in bitcoin-based transactions. This is one of the most important reasons for the value of bitcoin.

On the other hand, the transparency of a digital currency means that it is difficult to counterfeit. Bitcoin remains effective and efficient when it is not easily counterfeited. Otherwise, hackers can disrupt the blockchain network by filling in fake bitcoins. This will negatively affect the value of bitcoin.

But Bitcoin blockchain network security measures are designed to minimize the possibility of system disruption and fraud. This is an undeniable advantage for Bitcoin.

3- Bitcoin has no leadership

Bitcoin belongs to all its users. Its purpose is to restore power to individuals through the abolition of money control by governments. This is a basic requirement of having good money and access to all human beings. In other words, governments and central banks have no control over bitcoin, and the blockchain network operates completely separately from the government banking system. 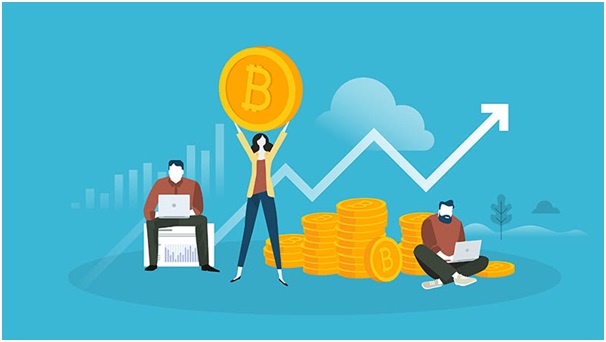 However, the blockchain network has also set rules and regulations to prevent fraud and money laundering. In addition, very strict security measures have been put in place in this regard so that the user can safely conduct his transaction through this platform. That’s why bitcoin scams are far less common than other currencies like the US dollar.

One of the most important points of Bitcoin is the use of Blockchain technology. Blockchain is a decentralized and distributed system. This means that none of the bitcoin market participants need to trust each other to have the system work properly. This is due to the detailed system of checking and verifying the Blockchain network, which plays an important role in maintaining the ledger and mining of new bitcoins. On the other hand, the flexibility of Blockchain technology means that it can be used outside of digital currencies and cryptocurrencies.

Bitcoin relies on a user-centric decentralized system instead of a one-point system. There are people who ensure the operation and security of the Bitcoin network by providing computing power. This system is quite efficient because Bitcoin has never been hacked in the 11 years it has been around.

Currencies must be easily transferred between participants in a transaction to be useful. In fact, this means that currencies must be transferable within the economy of a particular country or between different countries.

On the other hand, a currency must be useful in order to be effective. People need to be able to trade currencies reliably for goods and services. This was the most important reason for the emergence of different currencies. In other words, human beings can participate in the market without trading goods. Utility makes sense when currency can be easily moved from one place to another. For this reason, the use of digital currencies has become very common in recent years.

Bitcoin allows you to make a transaction anywhere in the world in less than a few minutes and at the lowest possible cost. However, transferring currency in the banking system is costly and may take days. In addition, transactions are conducted by a third party without the risk of censorship. This is why Bitcoin can be considered the best way to transfer money around the world quickly and securely.

Portability is an important feature of Bitcoin. While a lot of power is needed to mine bitcoins, maintain a Blockchain network, and process transactions. But people have no physical presence during this process. Bitcoin protects five basic human rights. This valuable digital currency gives you the freedom to live according to your terms and conditions. In a world where governments and giants of the web are threatening your freedom, bitcoin is the best monetary weapon to take control of. That is why bitcoin has changed the lives of many people since its inception.

In other words, Bitcoin has all the good features of a currency, to which a border-less and decentralized payment network has been added. As a result, people around the world are able to trade without the need for a third party. Bitcoin is not just a digital currency for trading. The value of Bitcoin depends on the transfer of information that requires security, verification and complete assurance of accuracy.

As Bitcoin grows more popular in the not-too-distant future, its price will also increase significantly. There is nothing miraculous about this price increase. This is the only proof to understand that whatever bitcoin offers will have a significant price in the near future. This article from Poolyab Blog tries to explain the important reasons for the value of Bitcoin as a digital currency. Now that you know the reasons for the value of Bitcoin, you can definitely answer someone who says that Bitcoin has no intrinsic value.

Thu Feb 18 , 2021
Litecoin Mining Tutorial Litecoin, known as “digital silver”, is the oldest digital currency after Bitcoin and continues to be popular, and is known as one of the top 10 digital currencies on the market. This digital currency, like Bitcoin, uses a proving algorithm to verify transactions. In this way, people […]