Bitcoin vs. Bitcoin Cash: An Overview

Since its inception, there have been questions surrounding bitcoin’s ability to scale effectively. Transactions involving the digital currency bitcoin are processed, verified, and stored within a digital ledger known as a blockchain. Blockchain is a revolutionary ledger-recording technology. It makes ledgers far more difficult to manipulate because the reality of what has transpired is verified by majority rule, not by an individual actor. Additionally, this network is decentralized; it exists on computers all over the world.

How many transactions can the bitcoin network process per second? Seven.2 Transactions can take several minutes or more to process. As the network of bitcoin users has grown, waiting times have become longer because there are more transactions to process without a change in the underlying technology that processes them.

Ongoing debates around bitcoin’s technology have been concerned with this central problem of scaling and increasing the speed of the transaction verification process. Developers and cryptocurrency miners have come up with two major solutions to this problem. The first involves making the amount of data that needs to be verified in each block smaller, thus creating transactions that are faster and cheaper, while the second requires making the blocks of data bigger, so that more information can be processed at one time. Bitcoin Cash (BCH) developed out of these solutions. Below, we’ll take a closer look at how bitcoin and BCH differ from one another.

In July 2017, mining pools and companies representing roughly 80 percent to 90 percent of bitcoin computing power voted to incorporate a technology known as a segregated witness, called SegWit2x.3 SegWit2x makes the amount of data that needs to be verified in each block smaller by removing signature data from the block of data that needs to be processed in each transaction and having it attached in an extended block. Signature data has been estimated to account for up to 65 percent of data processed in each block, so this is not an insignificant technological shift. Talk of doubling the size of blocks from 1 MB to 2 MB ramped up in 2017 and 2018, and, as of February 2019, the average block size of bitcoin increased to 1.305 MB, surpassing previous records. By January 2020, however, block size has declined back toward 1 MB on average.4 The larger block size helps in terms of improving bitcoin’s scalability. In September 2017, research released by cryptocurrency exchange BitMex showed that SegWit implementation had helped increase the block size, amid a steady adoption rate for the technology.5

Bitcoin Cash is a different story. Bitcoin Cash was started by bitcoin miners and developers equally concerned with the future of the cryptocurrency and its ability to scale effectively. However, these individuals had their reservations about the adoption of a segregated witness technology. They felt as though SegWit2x did not address the fundamental problem of scalability in a meaningful way, nor did it follow the roadmap initially outlined by Satoshi Nakamoto, the anonymous party that first proposed the blockchain technology behind cryptocurrency. Furthermore, the process of introducing SegWit2x as the road forward was anything but transparent, and there were concerns that its introduction undermined the decentralization and democratization of the currency.

In August 2017, some miners and developers initiated what is known as a hard fork, effectively creating a new currency: BCH. BCH has its own blockchain and specifications, including one very important distinction from bitcoin. BCH has implemented an increased block size of 8 MB to accelerate the verification process, with an adjustable level of difficulty to ensure the chain’s survival and transaction verification speed, regardless of the number of miners supporting it.6

The debate about scalability, transaction processing and blocks has continued beyond the fork which led to Bitcoin Cash. In November of 2018, for example, the Bitcoin Cash network experienced its own hard fork, resulting in the creation of yet another derivation of bitcoin called Bitcoin SV. Bitcoin SV was created in an effort to stay true to the original vision for bitcoin that Satoshi Nakamoto described in the bitcoin white paper while also making modifications to facilitate scalability and faster transaction speeds.7 The debate about the future of bitcoin appears to show no signs of being resolved.

How to grow mushrooms at home

Fri Oct 16 , 2020
How to grow mushrooms at home Mushrooms can be grown at home, regardless of the weather and humidity. So if you have a good place to grow in your home, it is better to take action now to increase your income. Especially because of the small production environment, the obtained […] 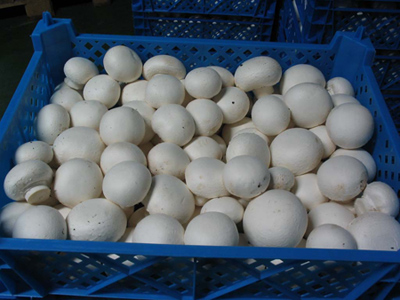