Mexican billionaire Ricardo Salinas Pliego has announced that he currently owns 10 percent of his portfolio in Bitcoin.

According to Coindesk, yesterday (Wednesday), the founder of Grupo Salinas tweeted in response to users’ questions about his opinion about Bitcoin:

Yes, I have already invested 10% of my cash assets in Bitcoin.

Bitcoin protects citizens from government encroachment on their property.

Responding to Dan Held, a senior executive at the Kraken Exchange, the billionaire said the other 90 percent of his portfolio was devoted to buying shares in gold mining industries.

Latin American countries, including Venezuela, have long been plagued by rampant inflation and a situation reminiscent of the hyperinflation of the German economy in the 1920s.

Throughout history, investors who have sought to protect their assets from inflation and government confiscation have always turned to assets other than cash, including gold. It now appears that Bitcoin, like gold, has been able to make its way into the wealthy portfolio.

Before mentioning bitcoin, Salinas tweeted that common currencies should never be overlooked in a tweet.

Salinas is the founder and chairman of Grupo Salinas Investment Group, which owns a number of companies in a variety of fields, including telecommunications, media, financial services and retail.

Fri Nov 20 , 2020
Bitcoin Mining with Web Browser What is Bitcoin? By searching the internet, you can easily get complete information about Bitcoin. The main point is to earn money using the methods of earning bitcoins, which can then be converted into dollars, euros, and so on. Here we want to mine bitcoin […] 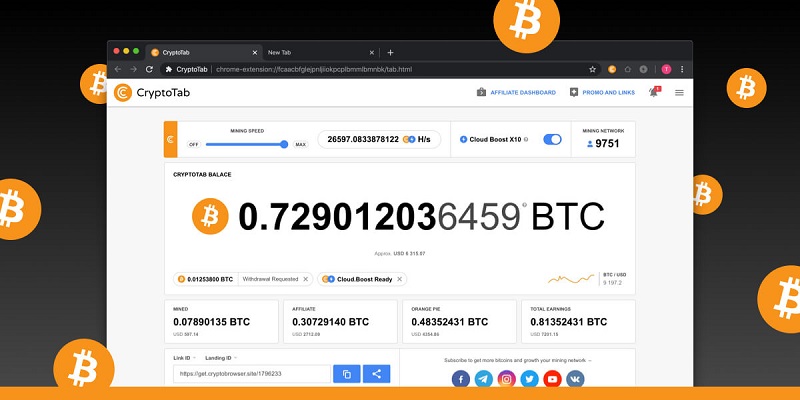