Bitcoin: A Declaration of Monetary Independence

Jimmy Song is a well-known Bitcoin developer, author and entrepreneur. In his new article, he explains why the global economic system is unbalanced and why bitcoin can solve the problem. You can read this article below.

The system has no balance. We can all see this in the luxury mansions of the wealthy San Francisco, just a few blocks from the homeless tents. We can very well feel this in certain individuals and businesses who are not doing a better job for civil society, but are making ridiculous amounts of money. We can understand this by seeing those who also spend money out of lust, and on the other hand, we see the extremely difficult situation of those whose debts have destroyed their souls.

It is clear to even a five-year-old that this system serves certain people and leads others to destruction. But the reason for its unfairness is not entirely clear, and this in itself is the source of much of the political confusion. Leftists believe that the rich are abusing the poor. Right-wingers also believe that the poor are in this situation because of their laziness. What is the truth? What is happening and why is the system unbalanced?

The root of the current system’s injustice is money. This is not the first place people pay attention, but all logical analysis is directed to it. The system is unfair, because money itself is unfair.

To prove this claim true to you, let’s start with something we’ve seen for four months. Governments around the world have been very comfortable. But where does that money come from? Who pays for all those incentive packages, subsidies and benefits? The sums that governments have paid in emergency measures to revive the economy over the past few months are staggering. These figures are much higher than what they collect from taxes.

There are two possible answers to this government spending:

How does Fiat money work?

Is it really that simple? Can we help someone who needs help print more money without bad consequences? Can we get anything for nothing?

If it is really that simple, a clear question arises. If the government can only print money to pay for everything, why pay taxes at all? If the central bank or the US government can spend $6 trillion to revive the economy and that has no other effect, then why not print $60 trillion or $300 trillion to make all Americans millionaires?

This does not happen (logically) and proves that we can not take anything, but do nothing in return. It is a ridiculous lie to try to give people the illusion that they are not paying for government services.

Against our will, we can not achieve anything without paying. Such claims promoted by government officials in economics are tantamount to claims of the construction of permanent motion devices in physics: impossible.

The cost of printing money by the government is less purchasing power for the people; What we call “inflation”. The question may be asked, then, why in the United States, despite the printing of money, the consumer price index (CPI) or the same rate of price growth has remained between 2 and 3% for a long time?

The dollar has what is called an “exorbitant concession.” Excessive points are the result of a particular historical event, or in other words, the result of World War II. Excessive concessions mean that the United States, by converting its currency into a global reserve currency, imports goods from all over the world in its official currency, and is least affected by the monetary crisis.

Dominance of the dollar

What we call the dollar advantage, or dollar hegemony, is achieved through the currency’s position in international trade. The main commodity traded in dollars is oil, so any country or company that wants to buy oil has to save dollars or borrow in dollars. Because of the use of the dollar to buy oil, international trade also tends to work with the dollar. As a result, the dollar is more liquid than any other currency. So, in liquidity crises, like what we see now, capital flows to the dollar, and that means more demand for the dollar.

Demand for the dollar offsets inflation. More precisely, this trend is reversed. The US Federal Reserve is increasing its dollar reserves to meet strong global demand. In this way, the value of other currencies against the dollar decreases. In other words, dollar inflation is being pushed beyond the borders of the United States. Although the United States produces and exports many goods around the world, using what we call “exorbitant concessions,” the United States also exports dollars and buys imported goods with the money it prints.

Monetary expansion is a kind of hidden tax. Remember, we can never get something without paying for it, and the effect of a $ 6 trillion monetary expansion is to deduct the value of money from its holders, which is conceptually the same tax. Also, because many dollar holders are not present in the United States, the US government is actually taxing those who do not live in the United States at all, and this is only because of the Federal Reserve’s monetary policy. All the people, companies and countries that hold dollars, without being part of the United States, pay taxes to the government, without many of them knowing it.

The moral judgment of monetary expansion is explained by Nicole Oresme, one of the great philosophers of the 14th century:

Any change in money… involves forgery and, as already shown, cannot be the right of the ruler. Therefore, from the moment the ruler cruelly obtains this fundamentally unjust privilege, it may not be fair to benefit. Apart from this, the amount of profit of the ruler will definitely be equal to the amount of loss of the society. As Aristotle says, any harm a ruler inflicts on society is unjust, and this is the work of an oppressor, not a king. And if he tells a lie, which is usually told by the oppressors, that is, he considers that profit to be in the public interest, he should not be believed, because he may usurp my coat and say that he needs it for public service.

The word money printing has countless equivalents: “loan“, “debt”, “issuance of bonds” or any other financial instrument that refers to the repayment of money; All of this is actually money printing. Hearing these equations creates the illusion that value will be taken, not from dollar holders, but from some institutions that borrow money and repay their debts later. It is morally like confiscating my coat and saying it will be returned later, because the government needs it now. Simply put, I have to pay for the fact that the government needs my coat.

The government pays, but you and I do not benefit from it. This benefit goes to the central bank, in other words, the private and unknown shareholders of the Federal Reserve. (Contrary to popular belief, the US Federal Reserve is an almost private organization, but most of the world’s central banks are state-owned.) So, there is someone who makes a profit by lending your goods! Imagine the government confiscating your car for 6 months and giving it to bankers you have never seen and have nothing to do with your car. This is what happens when the central bank expands its monetary reserves. As Orsum said, monetary expansion is the cruel expropriation of wealth. The freest and truest way for any government to pay for its services could be to collect taxes from citizens; Taxes are completely transparent, not secret. People are generally not interested in taxes and are not satisfied with paying them for a compelling reason. Governments do this in hard-line societies because they cannot collect large taxes without public protest.

In fact, instead of telling you to pay taxes, governments are taking it very secretively from you through inflation. Through this mechanism, on the one hand, lower direct taxes will be collected and on the other hand, more government services will be provided. Monetary expansion policy is a loophole that every government has used in the last 50 to 100 years to collect taxes.

What is the difference between Bitcoin?

Bitcoin has two unique features that make it a very fair system. First of all, it is almost impossible to forge it. Anyone who receives a bitcoin blockchain and becomes a full node can easily verify that the bitcoins are real (Note: BCH and BSV are not bitcoins.) Therefore, bitcoins are easily identifiable and It cannot be forged.

Second, the number of available bitcoins is determined from the beginning and it is impossible to inflate it. To manipulate inflation, the entire community of full nodes (directly) and bitcoin holders (indirectly) must agree (which they will not) to do so, so bitcoin reserves are limited.

These two characteristics make it very difficult to collect implicit / covert taxes and lead us to an open and honest government. With Bitcoin, no other government can print money to finance its programs. The government must save the income of previous years, reduce it from other programs, or be honest with the people and publicly tax them. With Bitcoin, the loophole with which the United States prints money and taxes all dollar holders is closing, and spending must come from revenue.

Orsem’s vision that money belongs to whoever owns it reveals a fundamental truth: Monetary expansion violates the property rights of anyone who owns money. Bitcoin is the first currency to realize Orsum’s dream: money belongs to the holder of the money, and institutions cannot demand it through violence and threats. Bitcoin is the first currency that made it impossible for institutions to misuse money. It is not possible to increase bitcoin inflation without everyone’s consent. According to the Bitcoin standard, the only way for governments to increase revenue is to gain public consent to taxation, not covert theft through inflation.

The current monetary system of the world is a kind of oppression. The Federal Reserve is an independent organization and is not accountable to voters. Worse, the dollar-based monetary system means exporting inflation to people outside the United States. Dollar hegemony is an oppressive system, where the wealth of the world is controlled by an organization and this organization can receive taxes without anyone’s consent. The slogan of the American Revolution was “Never a tax without a representative.” An organization collects taxes from all over the world; An organization in which rich and powerful people are represented. The time has come for the Federal Reserve to end.

This is not the first time such conversations have taken place. Ron Paul, one of America’s greatest politicians, wrote a book about it a decade ago. But now, we have the opportunity to do something for ourselves without the help of a failed American political system. We can buy bitcoin and declare our monetary independence. True justice is achieved through economic justice. Justice means a system that is not unbalanced. Bitcoin is pushing the system towards meritocracy. Bitcoin eliminates systematic injustice.

What is Litecoin and what are its advantages and disadvantages?

Wed Mar 24 , 2021
What is Litecoin and what are its advantages and disadvantages? What is Litecoin? Litecoin is one of the oldest coins in the cryptocurrency market. Litecoin was launched by Charlie Lee in October 2011. Lee was a former Google employee who designed Litecoin to complete Bitcoin and solve some problems such […] 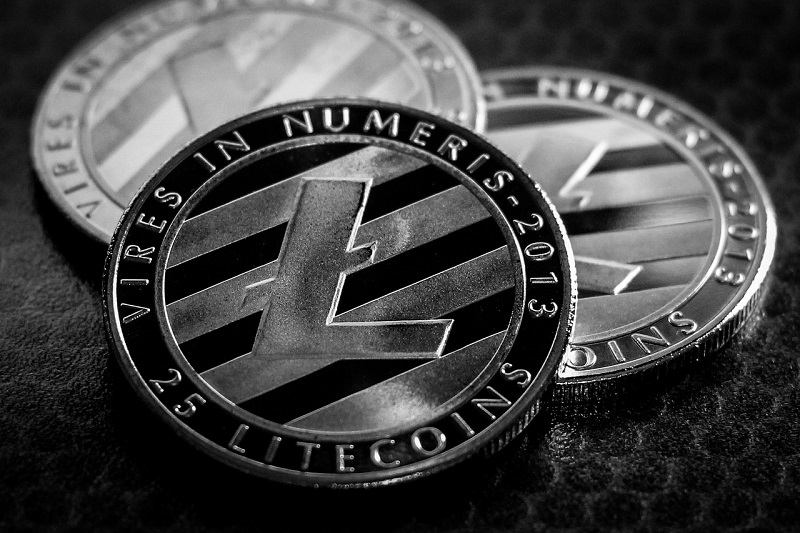